Three Things Broadcasters Want From Us, As Publicists for Our Own Brands 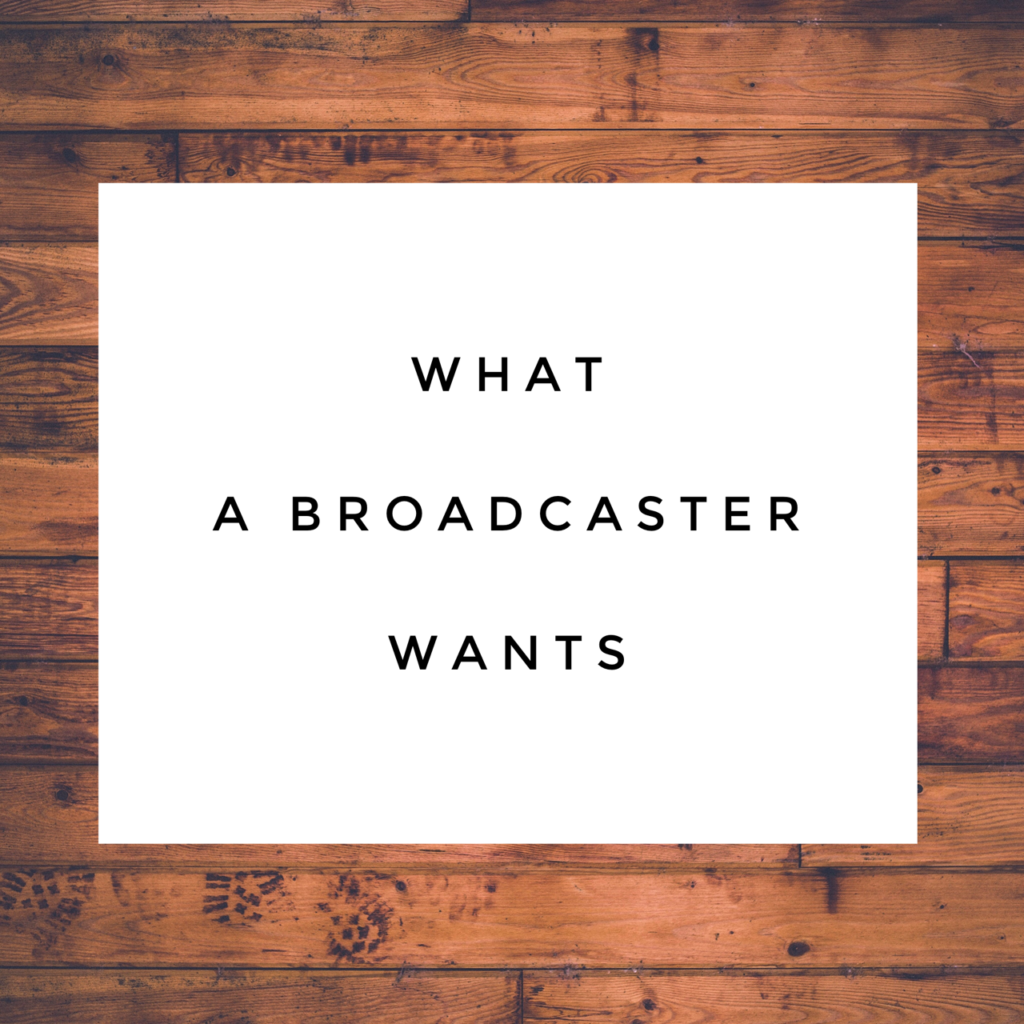 When we are wearing the hat as publicists for our own brands, it’s important that we know what journalists want from us.

I was inspired to write about this based on an interview I recently conducted for my podcast with a 30-year broadcast journalism veteran who also now has her own podcast.

She went from being pitched on the broadcast side to now being pitched for her podcast and we were talking about what it really looks like on the other side when you’re being pitched by PR people or even by people who are promoting themselves and their businesses directly.

We boiled it down to three things that broadcast journalists are really looking for from us as publicists.  Even if we’re not part of the PR team or a firm, we are publicist on behalf of our own brands.

Build a Relationship
The first thing is for us get intimate!  They want a relationship! Not that they don’t want to be cold pitched. But from our side it works so much better when you take the time to get to know them.

Connect on social media, tweet to them around the content that they’re creating and give them your thoughts.  When you connect, make it natural, organic, authentic, heart felt and specific.  And be honest about the impact that their work has on the way you see things and on the way you do you operate your business. Even on the way you look at the world.

If it was a new topic that they might have introduced you to — something that was really enlightening — tell them about that.  Ultimately, make a connection and start building a relationship.

Send a Customized Pitch
The second thing is something I hear over and over again from the journalists I’ve been talking to. Do not send a form pitch.  Do not make it seem like you copied and pasted the same email into 100 different emails and you’re sending to a hundred different outlets.

There is no way that every one of those outlets has the same needs and the same audience or would like the same ideas.  So it’s really important to customize your pitch and make it totally specific for the audience that you are going to be communicating with.

You must sell your idea to this journalist or this producer before they’re going to be able to put you on the air and sell your idea to their audience.  They need to know that you know what they need.  That means a very specific, relevant and timely idea around the area of your expertise about which they can then put on the air and bring something interesting, nuanced and relevant to their audience.  Position your idea so that they believe it is something there are going to be interested in hearing.

Pitch With Confidence
The third thing that broadcast journalists really want from us is confidence.

It is important to be able to deliver the information your promise and being able to deliver it in a way that is new and different and you can because you’re you. I know that sounds a little cliché but we’re all unique and that is what makes for a successful platform.

You do what you do differently than anyone else out there because of who you are where you come from and the experiences that you have accrued to date.  So if you’re not mining those experiences and folding them into your story and your ideas and your expertise then you’re missing a huge opportunity to differentiate yourself from your competitors.