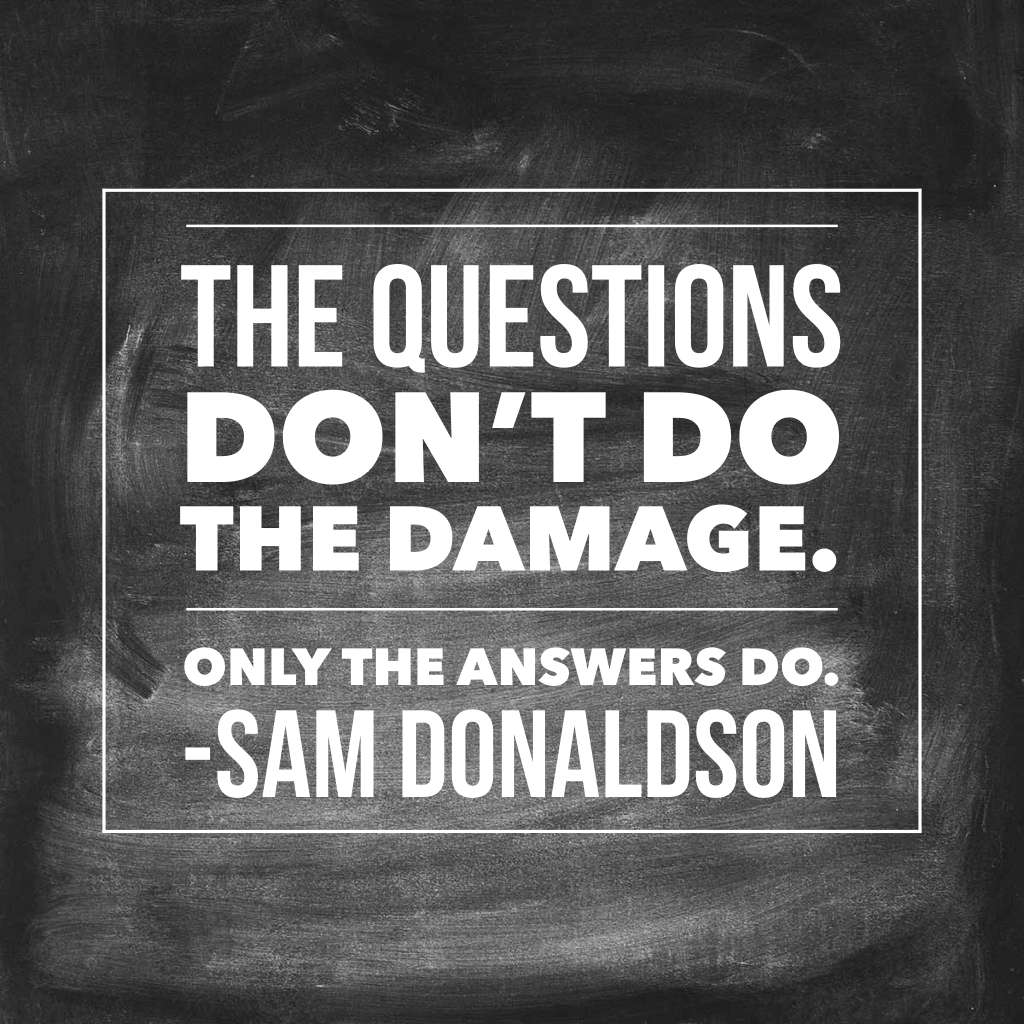 It might work for paparazzi-chased frazzled celebrity plaintiffs, but the phrase “No comment,” should be banished from your vocabulary.

I get it. You’re caught in a crisis. Anything you say can and will be used against you, and not just in a court of law, but in the court of social media, on your website in the comments, on GetOffMyInternets. Everywhere. Anywhere. And it’ll be accessible forever. It’s better to just shut-the-eff-up. But, really, keeping mum, or worse, saying “no comment” is the least favorable response in our communications arsenal.

When it comes to crisis communication — or even communicating, crisis notwithstanding — “no comment” makes you look guilty, like you have something to hide, or you end up appearing unknowledgable and unresearched.

A business crisis could be anything from one of those dreaded reply-all snafus to an egregious reporting or accounting error or communication misfire. No matter how big or small, any business is susceptible to this kind of uncomfortable circumstance. Responding is essential.

Here are three things to say to restore your public’s confidence that don’t include “no comment.”

I’ll find out, and get back to you

You’re allowed to not know. You’re allowed time to research, look into it, and get back. There’s incredible liberation that comes with admitting you don’t know something. It’s not weakness. Weakness is not taking the time to get the right answer because your pride got in the way. The best thing you can do in a situation in which you simply don’t know the answer is to pause, admit it, and find out what you need to know.

Let me think about it, and get back to you

You’re entitled time to think. Is there ever a situation — reality-based, not reality-TV-based — ahem, Shark Tank — wherein you would not be given an opportunity to mull something over if you asked for the opportunity. Avail yourself of this luxury. You’re allowed. I never give a price, or fee quote over the phone if I haven’t had the opportunity to think about it. And no one I’ve ever spoken with has taken exception to this. I’d like to think it shows I’m digesting our conversation, taking it seriously and applying thought. It also doesn’t hurt that I come back with really killer proposals in addition to numbers. Same goes for crisis. You’re allowed time to think. Ask for it.

The truth…the whole truth. And, nothing but the truth

The PR bible states, When thoueth respondeth to a crisis, “be quick,” “be helpful,” “be open.” (I’m paraphrasing.) There’s nothing better feeling, on either side, to just get down to it, be honest and bear the truth. “Here’s what happened…”

Also, don’t use the word, “Honestly…” at the start of any sentence. Ever. It makes you sound insincere and it makes people wonder if everything else you’ve said hasn’t been honest.
Here are 57 other ways to say no comment, thanks to President Bill Clinton’s press secretary. Brilliant.