How to Get Inside Their Heads 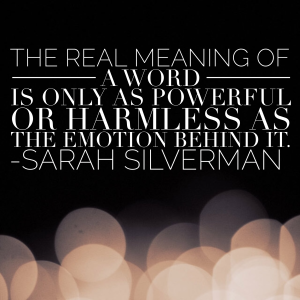 I will never forget a recent interview I heard with Sarah Silverman. Not because I’m a big fan, but because something she said was something I felt that I had never heard anyone articulate in real life, before.

She said when she was a teenager having bouts of depression it felt like being really homesick, while being physically in her own house.

I experienced this, and at one time, even remember saying out loud, “I want to go home,” while sitting on the edge of my parents bed, crying.

Not trying to be a downer here. There’s a reason I’m telling you this.

Because this is how you connect with an audience. By being brave and honest, but also be making them feel like you are inside their heads.

Even if I wasn’t a big Sarah Silverman fan before, I am now.

One of the most essential aspects of a good pitch is getting your audience to believe you know them and you have what it takes to solve their problems.

The most interesting articles and interviews are those that sound and feel like they were written for you by someone with unique insight into your experience. So how do you get inside your audience’s head?

When you’re pitching, you really have two audiences, you have the audience you ultimately hope to serve with your content. But then, you have the editors you have to appeal to before you can serve the wider audience with your content. We’re talking about the audience of editors — how do you get inside their heads and give them what they want so when they read your pitch they aren’t rolling their eyes and shaking a fist at your email address.

Don’t waste their time…Cut to the chase. I worried about including that Sarah Silverman anecdote because I wondered if it was too much of a digression. If this were a pitch, I would not have included it. Just get right to the point. Editors are busy. They get a bagillion emails. Get to the point so they don’t bypass yours just because it’s too long.

Get personal. Remind them you are a living, breathing, thinking, feeling person, not an automaton who has come to their inbox just to reprogram their brains and feed them generic content. You can do this by showing you’ve read their content, know what they personally have written lately, or what they’ve worked on on the side.

Give them a relevant idea. Remember that you’re pitching an idea and not yourself as the deliverer of that idea — that’s secondary. Hone your idea until it’s perfectly relevant for the outlet you’re pitching. A great idea is impossible to pass up, no matter how experienced you are as a writer.

Don’t take their response (or lack of response) personally. You may never know why they don’t get back to you. They didn’t like your idea. They just published something like it. (Shame on you for not noticing). They accidentally archived you. Stop caring. The fact is, if you’re going to be pitching on the regs (which you should be to build your biz) you’re going to have to lose the needy vibe. For your own sanity.

Be ready with your next relevant idea. If you get a response to your email, consider that a win, because it means you’re on the right track. Your response to that editor’s response should be another relevant idea. You have their attention. Show you’re a bottomless pit of content they can use.

To paraphrase Sarah Silverman, the real meaning of a word is only as harmless or powerful as the emotion behind it. If you start putting meaning and emotion into your pitching, you will connect with your audience of editors. You’ll give them what they need and they will give you what you need. To paraphrase Dorie the fish, Just keep swimming…Pitching is truly a numbers game.

Learn more about generating ideas that are exactly what editors want. Sign up for the FREE 5-day Idea Clinic starting November 9.